Download photos in high resolution for use in newspapers and magazines

These photographs are licensed under the Creative Commons Attribution 4.0 ­International License. They can be published in print media free of charge but cannot be used for commercial purposes. For more information, contact e-mail: frackfreegeelong@gmail.com 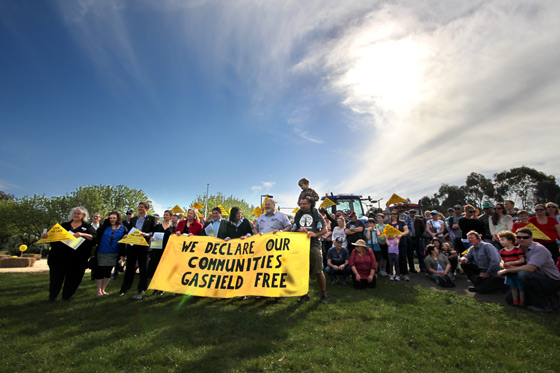 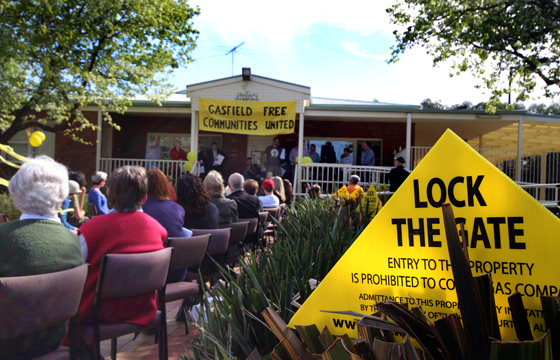 On Sunday 14 September, the communities of Moriac, Mount Moriac, Paraparap and Freshwater Creek – just to the west of Geelong – declared themselves ‘gasfield free’. They were joined by politicians from all the major parties for taking this important stand.

» More photos from the event at https://www.facebook.com/FrackFreeMoriac

Caption / description:  On 15 February 2014, Frack Free Geelong members literally put their bodies on the line, marking out the edge of the PEP163 gas exploration license in the heart of Highton to get the City of Greater Geelong’s attention.

More than two dozen anti-fracking protesters lined up from the corner of Barabool Road and Marcus Street, Highton, to demonstrate with hazard tape the exploration license’s proximity to schools and homes.

Caption / description:  At Geelong’s waterfront a group of concerned citizens joined the ‘Global Frackdown’ campaign in October 2013 to demand that the current moratorium on fracking in Victoria is strengthened into an outright ban on all types of fracking.
Photo credit: Photograph by Mik Aidt

Image caption / description: Public meeting in Geelong on 12 December 2013 – about fracking and health